For the Forex Market Wrap, I’m going to discuss key moves of the market this week, and it’s all been focused on the US Dollar.

We started to see a pullback into the US Dollar this week. But, it’s been a relatively slow week in terms of key movements in the markets.

But, we just had the NFP numbers roll through, so I wanted to go through those and explain what could happen.

We have average hourly earnings down from .2% to -.1%. So, the jobs that are being created in the US are very low paid jobs. It suggests that lower-income jobs are coming into the US at the moment.

The non-farm employment change came in quite positive for the US. Previously, we had 379,000 jobs created. Now, we have 916,000 jobs. That is somewhat positive, however, the average hourly earnings still says that those 600,000 jobs are low-income jobs.

The unemployment rate has stayed the same. I thought it would drop lower. Instead, it went from 6.2% to 6% – there wasn’t a drastic change considering the number of jobs that have been created. That could be a negative factor for the US Dollar.

We are getting a bearish close week for the US Dollar. There were prices closing towards the lower end of this candlestick.

So, it’s not the greatest week for the US Dollar. However, we do feel there could be some upside to the market because of the overall trend. We want to see the price come to a key supply zone for an opportunity to get short on the market. 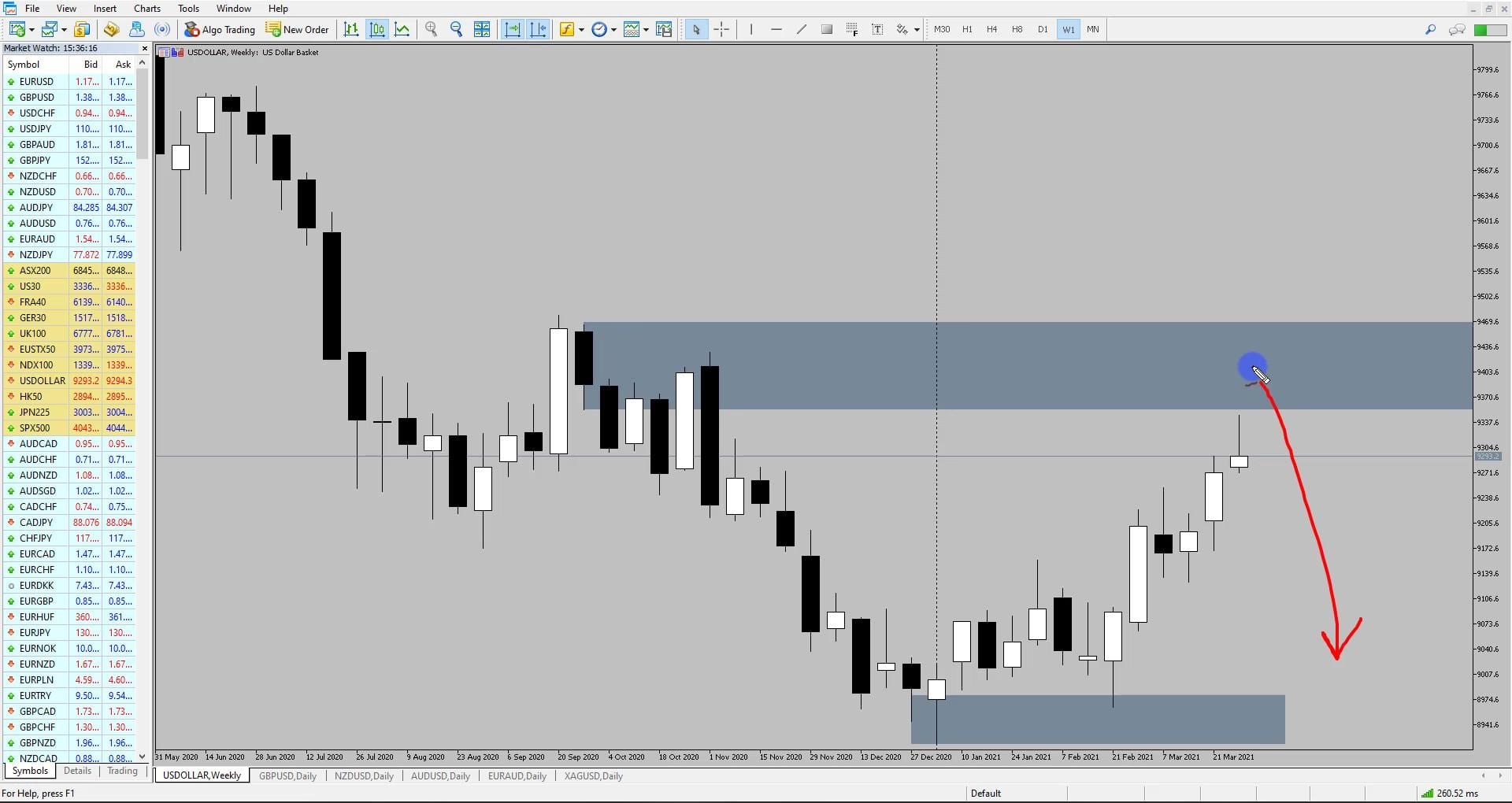 The USD has been the mover of the week with the latest NFP figures coming out slightly bearish. The average hourly earnings fell from 0.2% to -0.1% and the jobs created jumped from 370k to over 900k.

This tells us that the jobs that were created in the US are lower income jobs which may lead to less spending in the economy. This takes us back to the seasonal analysis for the USD in which the market typically performs poorly during April.

This, combined with the NFP data shows that the market could find a top very soon with the price sitting below a major supply zone.

Alternatively, we want to see this daily timeframe change trend. But at the moment, the price is in an overall uptrend. We may see the price go up to the highs, find a continuation, and then an overall move down due to the seasonal analysis that we spoke of recently.

Reflecting that onto other charts: the GBP had a pretty good week. We spoke about the potential for a pullback this week.

If I go to a four-hour timeframe, the price came down to a major support point, then rallied to the upside. This is what we were talking about; we wanted to see the price come for a short opportunity. 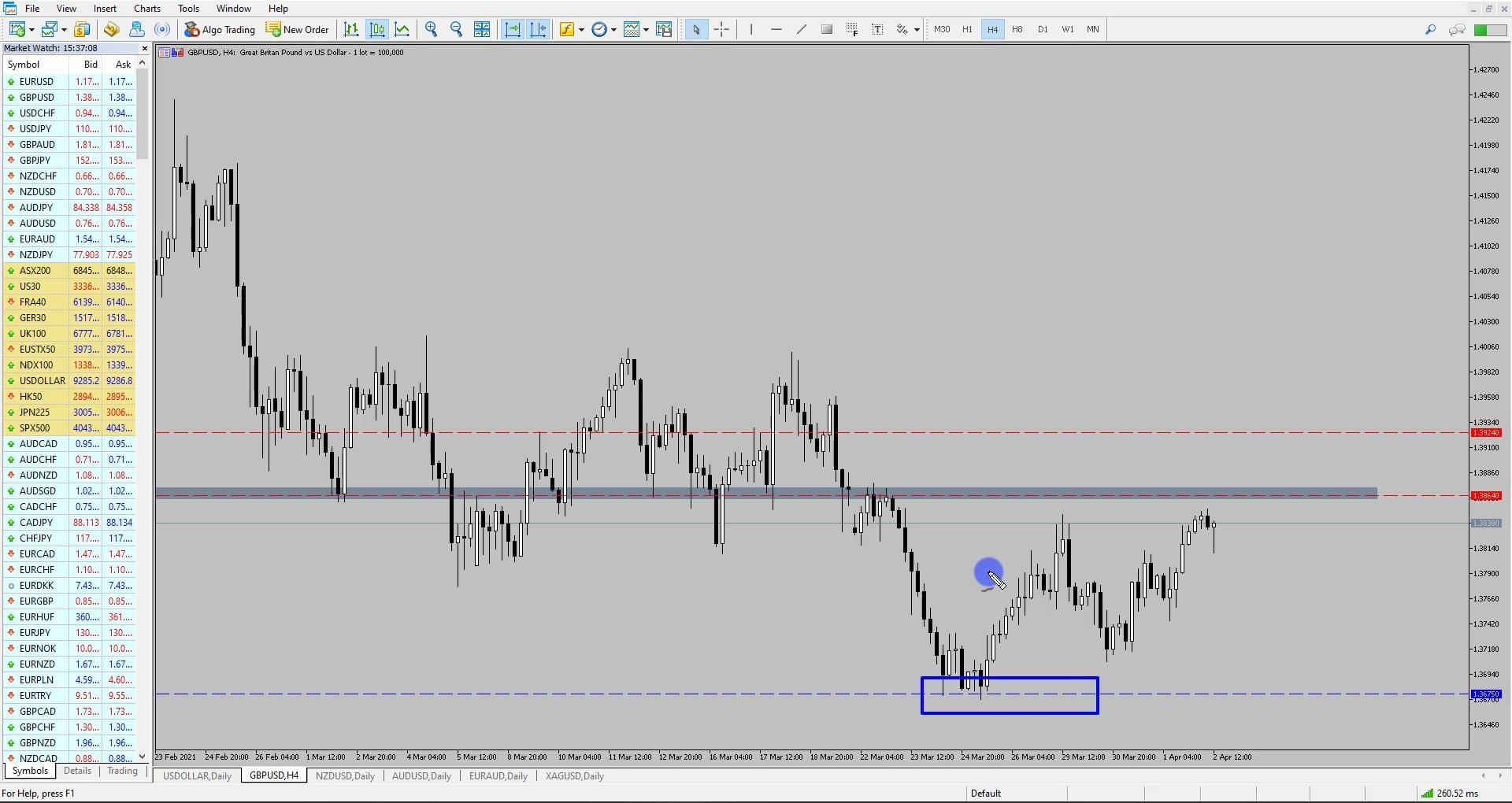 GBP was a currency that performed well this week, with the price holding at the support zone. We were, however, looking for the price to test the resistance before finding support. But with both the USD and GBP being strong, we saw the market in range this week. This could be a pair to watch. If the USD loses strength, we could see a breakout higher for GBPUSD.

Unfortunately, the price didn’t make it and fell, but now we’re starting to see another climb back up.

In the grand scheme of things, the price is still technically in a downtrend. We had this vast lower low come in. And if you go to the daily timeframe, you can see it in more detail.

We do have to be aware of the fact that the US Dollar could be weakening, so I would be looking for potential changes in trend.

Moving on to the weakest currency of last week. Kiwi. However, we want to see prices come back up towards this area.

At the moment, we have a double bottom pattern, with the price moving back. NZDUSD was the weakest currency pair last week. However, this week it remained fairly neutral. The price was being supported by the major swing level and was likely to retrace in the current trend due to the fall it had previously seen. The resistance at the previous lows remains a likely place for the price to head to.

I would expect the price to start heading back towards the key level that we pointed out earlier in the week for either continuations or a reversal of the trend.

Silver (XAG) is approaching the key resistance level. I do want to be a buyer of XAG through April. If the price can come back down into the demand zone, then I’d be a buyer of the market. 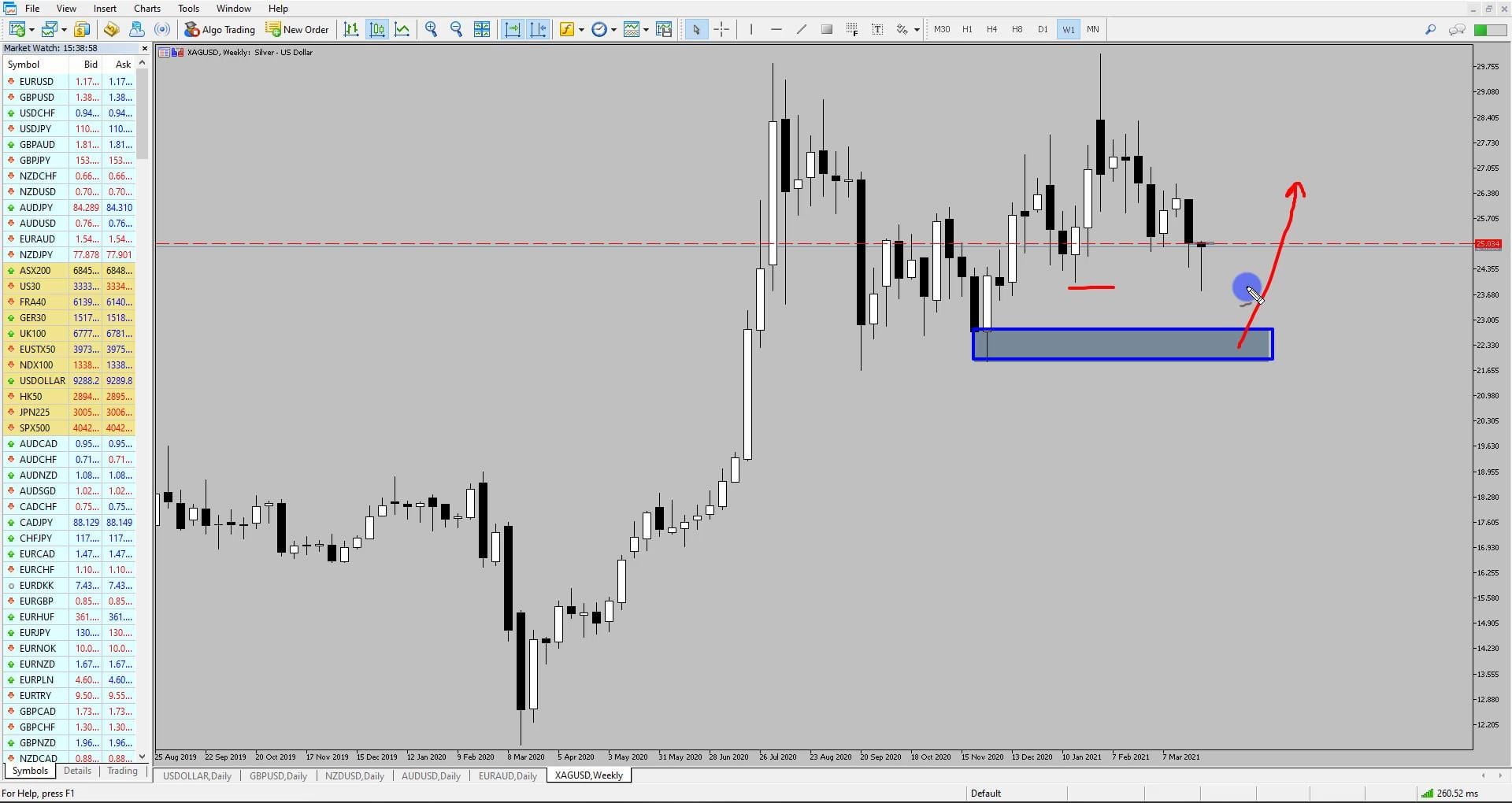 The XAG price could not make it to the demand zone we were looking at due to the weakness of the USD. As we highlighted previously, this commodity could rise in line with the seasonal reports. We identified the major demand zone where we could see the price being bought from. However, this is failing to close below the previous weekly lows, which suggests that the market is at risk to break higher sooner rather than later.

At the moment, we’ve broken through lows. We’re rejecting that, so we need to be careful because we could see the price start to change trend. I still think that we could see some sellers re-enter the market at this point.

But, the market’s going to do what it’s going to do. If the price breaks above the zone and take out highs, then we’d have to look at the change in our bias and look for that long position after that.

Try trading GBP/USD, NZD/USD, or even XAG/USD at no-risk by using a demo account. Blueberry Markets offers a free demo account with up to $50,000 virtual funds. Enjoy low spreads, quick executions, and personalised customer support when you trade with a live account–that’s the Blueberry Markets experience.