The #Forex Market Wrap is here!

In this Forex Market Wrap, we’ll go over a few pairs that took open positions this week. I’m going to close these positions out, so I’m going to go through each one.

I’m going to start with the US Dollar Index. The weekly timeframe was suggesting that it was in reversal and that buyers were going to step in. The USD Index formed a bullish close after a week of mixed data. The strength meter indicated that this would form as we outlined in the strength and weakness table. With this strength forming, we could see a continuation of the reversal.

It took until today to see that because we were bouncing back and forth between the 1950 and the low 89 levels.

The price has been struggling to find buyers. There was some poor CPI data out this week, which also sent a shock to the market. We also saw a bit of downside to the USD initially, but it is now boosting back up.

It made sense to hold on to USD/CAD while we could because we saw the oil markets drop, which had an effect on the CAD.

We saw the weak USD gain strength, and now the price is breaking out. However, it’s coming up over the weekend. I would like to close these positions out. It’s always safe to do that over a weekend. On Monday, we can look for further upside if the price comes back and retests. 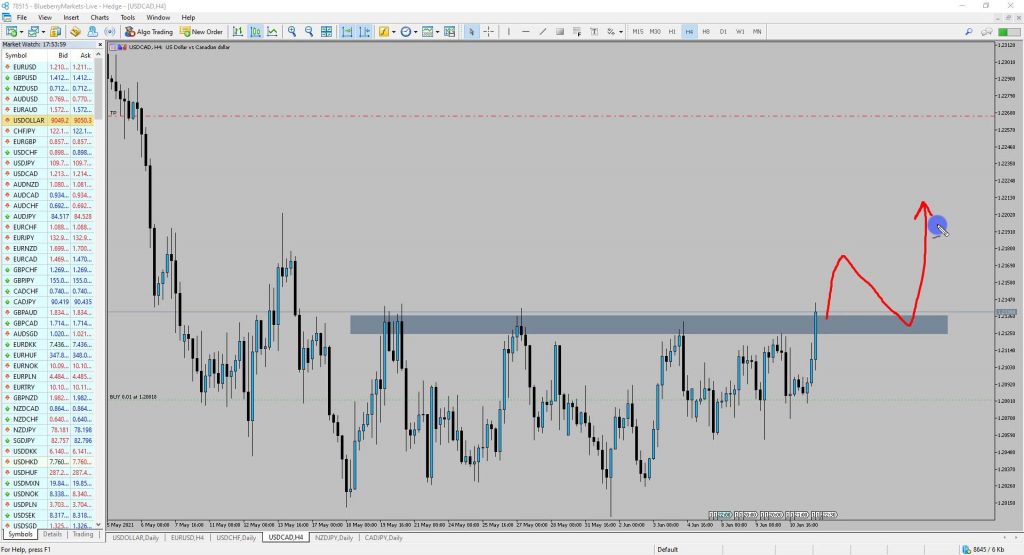 The USD/CAD price broke higher. If it closes above the range, a reversal pattern could form. We could see this move continue with this and the fundamentals surrounding the CAD.

It didn’t play out but we’re closing on a positive because of that move to the upside.

So, I’m going to close USD/CAD. I still like this market to the upside. If anything, look at the weekly timeframe, it’s very similar to the US Dollar Index. I’m still expecting a pullback into the weekly lows, around 1.2465.

Another market we looked at was USD/CHF. While this is in positive numbers, I’m going to close this out as well. We were looking at the USD/CHF to move to the upside. 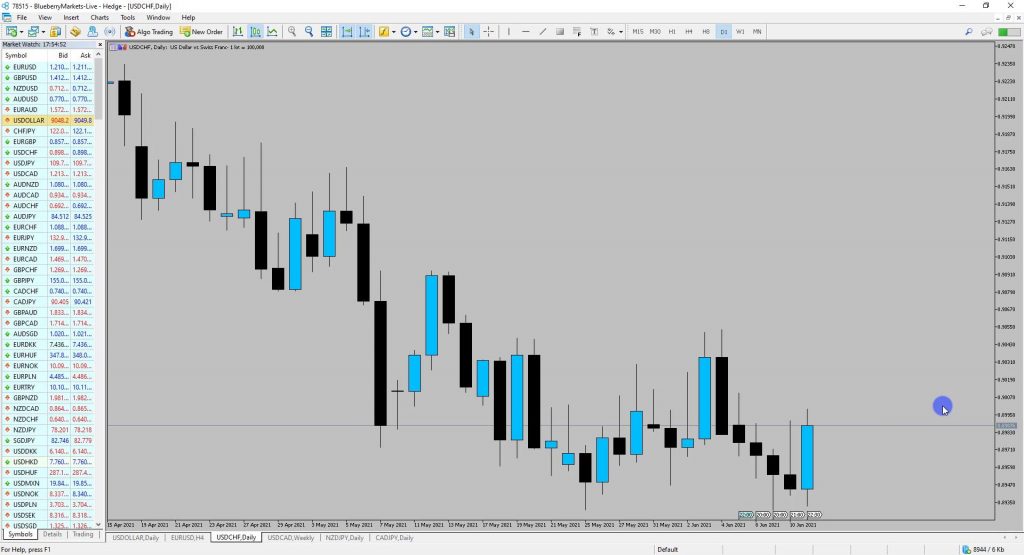 The USD/CHF price could form a double bottom pattern. If the neckline breaks, we could see this market reverse.

We were hoping the CPI numbers would be the catalyst to drive the price rally up. We went along above the candlestick high, and stop loss orders below the lows. The reason I went in on this candlestick is that we rejected previous structure lows.

Almost like a liquidity grab from the market, the price started to rally. But, we need to give it some time because it was more of a reversal trade. It’s good to close it while it is in profit, especially because we see a bit of Swiss strength as well.

In the weekly timeframe, the price action is suggesting that a reversal will soon come. We went short on NZD/JPY. We liked the idea of shorting the NZ Dollar when the price came up. It gave a nice rejection pattern of the key resistance zone. It looks for the short position below the low, stop loss orders above the highs, and a weak candle down; the daily timeframe took a few days again.

That rollover came through with a positive trade. This one’s close to the targets, which we are looking for at the lows, but in profit.

We’ll close out over the weekend because we could see a pullback into the lows next week. We can look to take another position. We might as well bank the capital now, and use it for further trade.

We need to keep an eye on the USD. It is the major mover and will give us direction across many cross pairs.

Next week, we could highlight the USD gaining strength. We’ll look at the other major currencies to keep our eyes on as well.