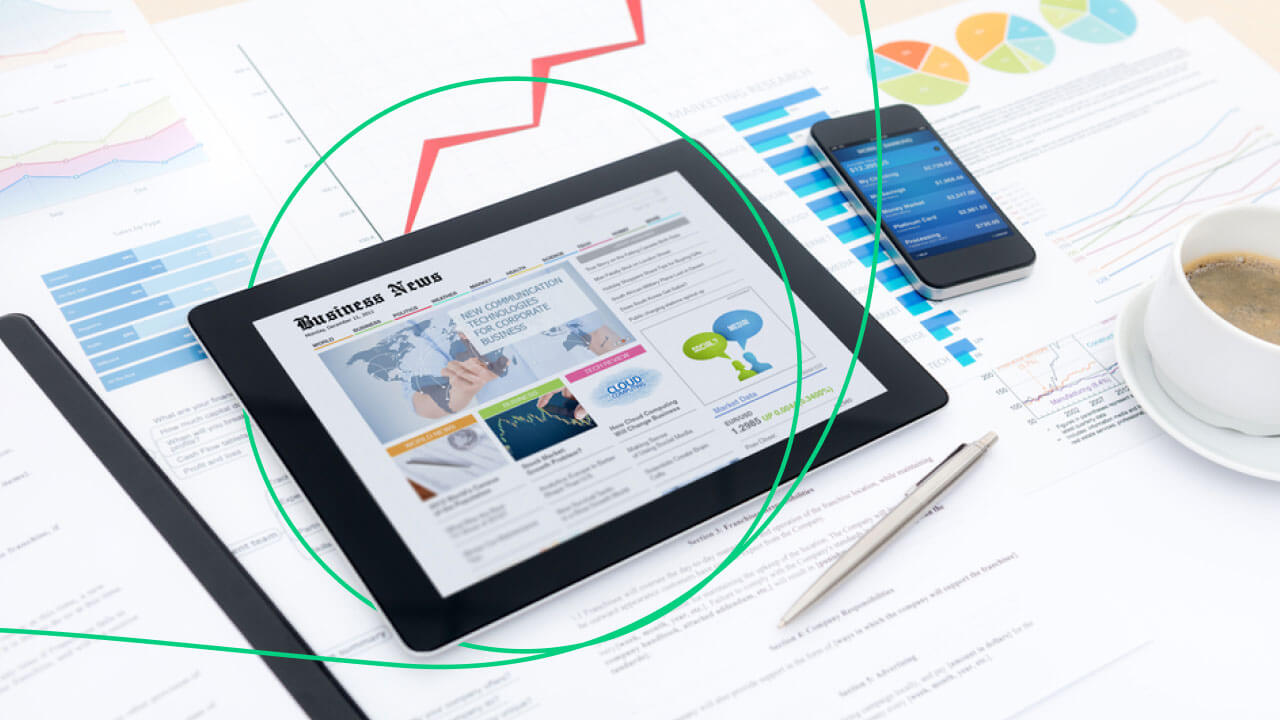 All investment decisions and their fundamental analysis depend on the economic indicators that influence the market and how it functions. Understanding the purpose of economic indicators and how they affect several markets, including Commodities, Forex, Stocks, and more, can make it easier for traders to predict future market conditions. It can also help them invest more strategically, which can lead to better profits.

What are economic indicators? 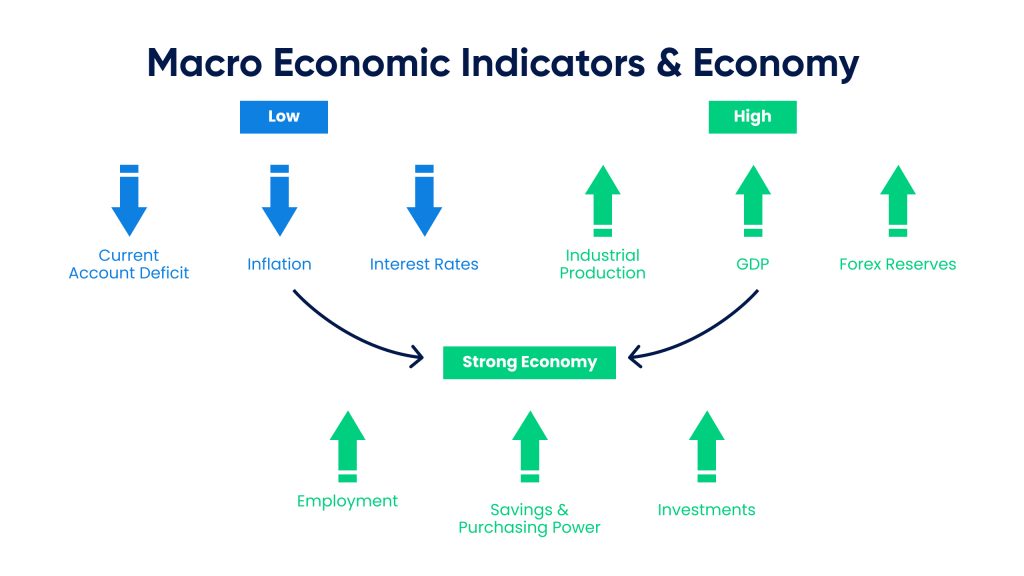 The GDP tells you the market value of all the services and goods produced within the country in a given time. It gauges the country’s economic health as it portrays the state of the country represented by a percentage rate. These rates are generally compared to the previous time to identify if the economy has been growing or suffering. A rising GDP shows an expanding economy, while a falling GDP shows a suffering economy.

An interest rate is charged on loans given to the public or paid to fund owners with savings accounts. It is set by a country’s central bank and is directly aimed at commercial banks. When a country goes through increasing inflation, interest rates are also increased to curb the money supply. In contrast, interest rates are lowered as the first measure to promote growth and increase money flow in the economy.

Since higher interest rates show a strong economy, it makes traders invest more in that country. However, a falling interest rate of a country indicates a weakened economy. This devalues its national currency, stock market situations, and investment opportunities, making traders avoid investing in that particular country.

However, when the unemployment rate is lower, it indicates a growing economy. This strengthens a country’s situation and overall market conditions. Since the majority of the population is employed, this enables traders to invest more in a particular country.

The PPI measures the average change in price domestic producers receive for providing the economy with the output. The sectors include manufacturing, agriculture, mining, fishing, and forestry, in addition to non-goods producing sectors.

Since PPI measures the changes in the finished goods’, crude goods’, and intermediate goods’ selling prices, they also indicate the inflation rate in an economy. With an increasing PPI, the central bank increases interest rates to curb the rise in demand for a currency. An increase in demand increases the value of the currency and attracts higher overall investment.

In contrast, a falling PPI would mean a deflationary situation in the economy. This would enable central banks to reduce interest rates to increase the flow of money. Falling interest rates would weaken the currency in the Forex market. This would make traders avoid this market or exit their funds.

The stock market is a public platform that enables companies to raise capital from the public. Here, both individuals and institutions buy and sell shares of the company with long- and short-term investment goals. The stock market affects the entire economy according to the capital invested by foreign investors in the domestic companies.

When the overall stock market prices are on the rise, traders are investing in domestic companies of that country. This places the country in a stronger position and acts as a positive signal for investors. This pushes the country’s value worldwide, leading to even more investments than usual.

However, a falling stock market indicates a weak economy. This keeps traders from investing in a particular country.

A country’s BOT depicts the difference between the number of exports and imports a country makes over a period. When a country has more exports than imports, there is a surplus in the economy. This means that the country is earning more from exports than spending on imports. With high exports, a country experiences a strong economy. This leads to the strengthening of its overall withstanding, which attracts more investments.

In comparison, when a country’s imports are higher than the exports, there is considered to be a trade deficit. This means that the country is spending more on imports than it is earning through exports. This ends up demotivating traders from investing.

For example, since Canada is a major oil exporter, a fall in oil prices will negatively impact its exports. This would lead to a bearish trend in the CAD markets as less of the currency will be demanded.

On the other hand, since Japan is a major oil importer, a fall in oil prices will positively impact the Japanese Yen. This is because Japan will be able to import oil for a lower price. Knowing which countries would be affected by major commodity market news helps traders predict certain market movements and benefit from changing prices.

The CPI measures the change in prices paid by consumers for goods and services during a specific time. A rising CPI means that the prices of goods and services have been increasing, which indicates inflation. This leads to a change in the government’s monetary policies as interest rates would also increase to curb the money flow in the economy. This would, in turn, strengthen the country’s position and attract investors and traders.

However, when the CPI is low, it indicates deflation in an economy. To deal with this, central banks decrease interest rates in order to increase the flow of money. This leads to a weakened country position and marks a fall in investments.

Trade with the help of economic indicators

Once you learn and understand how the economic indicators affect different markets, you can make more successful and profitable trades. Trading with Blueberry Markets means that you are always up to date with market news and economic situations around the globe before you place a trade. The #Forex Market Wrap is here! Watch the video to learn what key levels have been hit this week!   Forex Market Wrap Analysis   In this week’s data the UK saw inflation rise year on year from 5.1% to 5.4% which provided the GBP with a short term rally. This was short lived […] 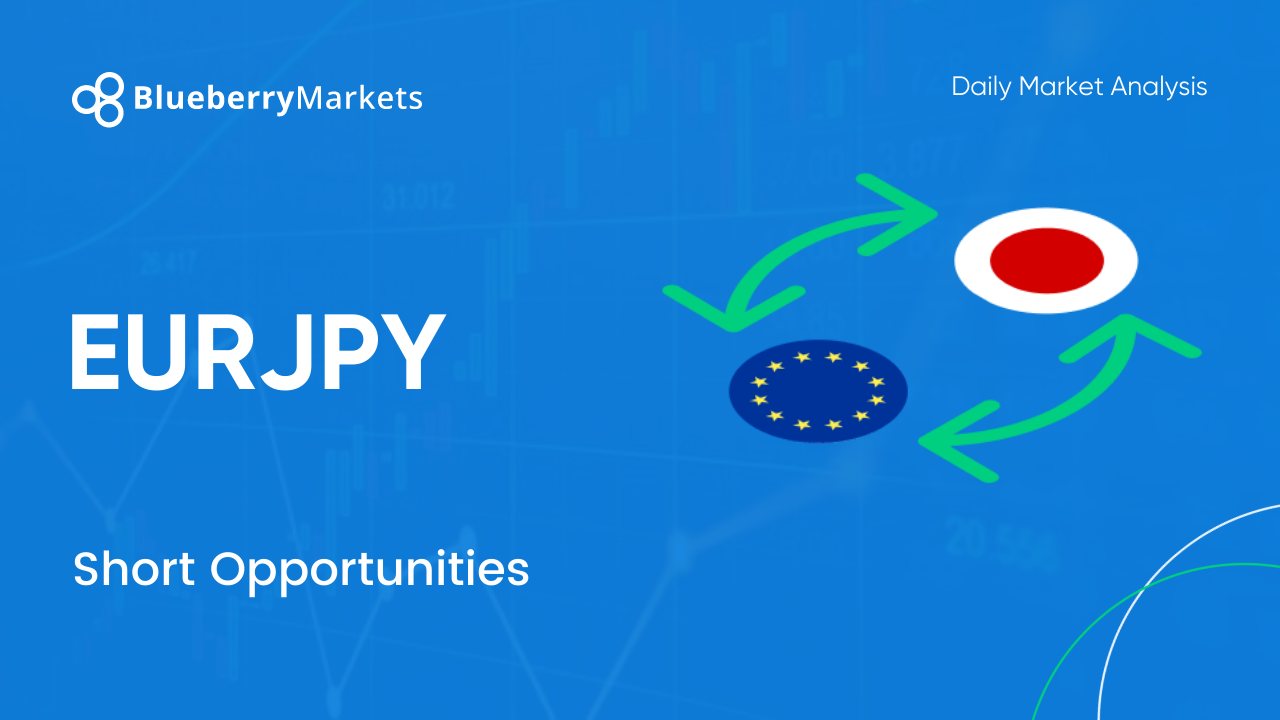 The #EURJPY price has formed a downward trend on the 4hr time frame which could offer short opportunities.   Watch the video to learn more… EURJPY Short Opportunities   The price of EURJPY has fallen recently largely due to the recent shift in the risk sentiment in the market. As stocks have fallen the […] #GOLD has remained bullish and with the USD turning bearish the price has broken into new highs. Could this offer long opportunities?   Watch the video to learn more…   Gold Breaks Higher   The price of Gold continues to rally higher as the USD turns bearish. Due to the rising inflation globally investors have […]