Can Bitcoin Eventually Become (Or Replace) The US Dollar As A Reserve Currency?

The answer? Yes and no. We’ll examine each argument’s points and how this information should inform investors looking to buy each currency.

What makes a reserve currency? 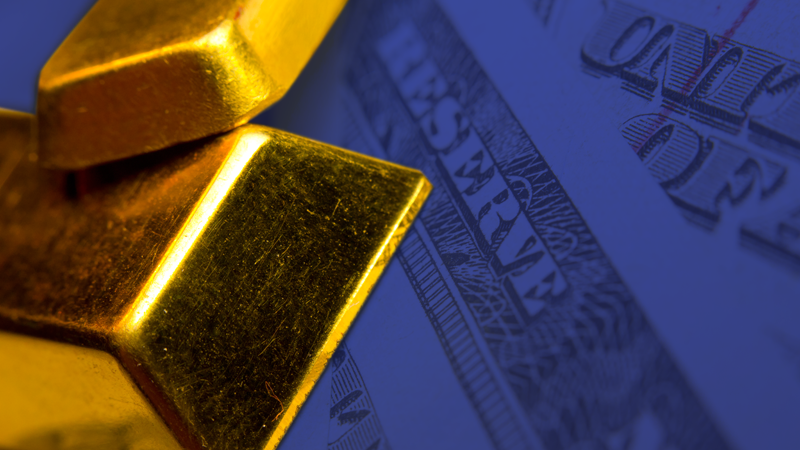 First, it’s essential to define what makes a reserve currency. A reserve currency is money that countries don’t put in circulation once they get it. Instead, it is kept within their banks to trade with other countries and markets as the government requires.

To be a reserve, a currency needs to be two things:

Because of the rapid economic growth and preferential status of the US Dollar, it has held the position of the world’s leading reserve currency for the past 100 years. A close second is the EUR, due to the majority bloc of the EU using it as a currency.

Why Bitcoin can become a reserve currency

Let’s first look at the pro-reserve camp of Bitcoin. While the specifics of the argument may differ from camp to camp, the biggest thing pushing that notion is that digital currencies (and bitcoin in particular) will most likely become a significant economic force in the future, maybe even sooner than we think. Digital currencies solve one of the most critical security flaws of traditional currency: centralisation. Banks, governments, and any reserve currency usually have one point of entry and exit. They can be hacked, and the money can be stolen or misused. Even with the highest point of security, money can be astonishingly unsafe.

Bitcoin and other digital currencies don’t have this flaw. As a blockchain, the ledger of all available Bitcoins isn’t kept in one place. It’s scattered across every computer in the world that has interacted or has Bitcoins in its database, making it nearly impossible to steal, hack, or alter. Toss in the bonus of Bitcoin not being subject to international fees, bank handling costs, and other regulatory oversights, and you have an appealing case for a currency that’s completely within the control of the users, which incentivises large and small entities alike to invest in it.

The argument is somewhat simple: Bitcoin can’t become a reserve currency because it is currently too unstable. A reserve currency has to be a reliable asset for the world to use, and Bitcoin, as it is now, doesn’t fulfil that requirement. Economists will often point to Bitcoin’s volatility as the biggest factor stopping it from integrating with the world’s markets. Bitcoin prices fluctuate from extremely high to somewhat low (compared to itself), making it one of the more unstable currencies in the market. Another issue that is standing in the way is Bitcoin’s somewhat limited nature. There is currently a hard limit of 21 million Bitcoins that can be mined, and we’ve already mined about 16 million of them. While the remaining Bitcoins aren’t projected to be mined till many years down the line, this limited amount – which is already spread between private individuals – can be a concern for governments that need assets in bulk.

So what does this mean for investors?

Does this mean that you should never invest in Bitcoin? Definitely not.

As a digital currency, Bitcoin has more or less a stronger showing than its predecessors and is a more innovative market than your traditional currency. Bitcoin is also becoming more accepted throughout the market, as more entities are starting to integrate it into how they buy and sell. While it’s still ultimately a speculative currency that you need to monitor for price changes carefully, it’s not a bad idea to have a few Bitcoins of your own.

The US Dollar will remain the world’s reserve currency for the foreseeable future since it will take some time for any other candidate to reach the same amount of influence, buying power, and systems that the US Dollar has set up over the past century. For people looking to make a steady income, Forex trading in US Dollars is still a lucrative option. But, a wise trader would look to buy both currencies to cover all their bases if a monumental change happens to either.