The Forex Market Wrap is here!

Watch the video to learn what key levels have been hit this week!

In this week’s Forex Market Wrap, we’ll go over the currency pairs that we talked about in the Week Ahead Analysis (July 5, 2021) and how they’ve played out.

We spoke about USD/CHF because the price sold-off to the NFP numbers. We expected to pull back into the previous structure level then a move to the downside, which played out nicely.

In the four-hour timeframe, we discussed the market’s potential to go up and sell off. We actually had a nice double bottom, a move back up, and a nice drive to the downside. 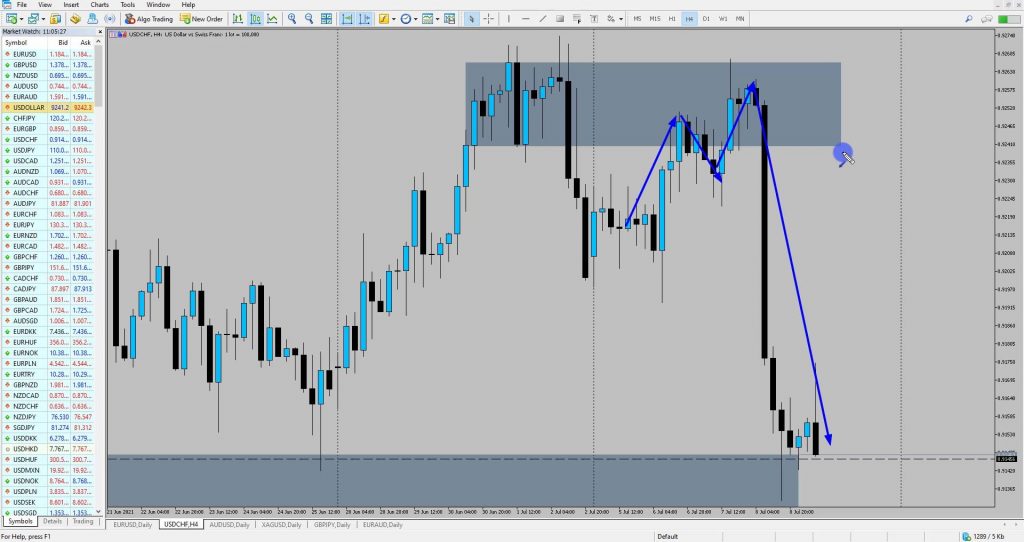 USD/CHF was one to watch for reversal opportunities this week from the grey zone marked out in the Week Ahead Analysis. The price retested the supply zone where the selling pressure came in and formed low ranging candles before dropping significantly.

There were nice short opportunities as the price went back up to the 0.9 to 6.0 area, where the selling pressure came from. There was a strong move into it, followed by lots of low range and candlesticks suggesting that buyers were no longer in control. Instead, sellers were taking control with a huge move to the downside.

We talked about a long opportunity for AUD/USD, particularly in the 0.76 zones before a potential move down or a break and retest. The market basically created a straight line towards the 0.76 area before reversal came into play.

We also spoke about shorting the AUD/USD, which played out nicely. 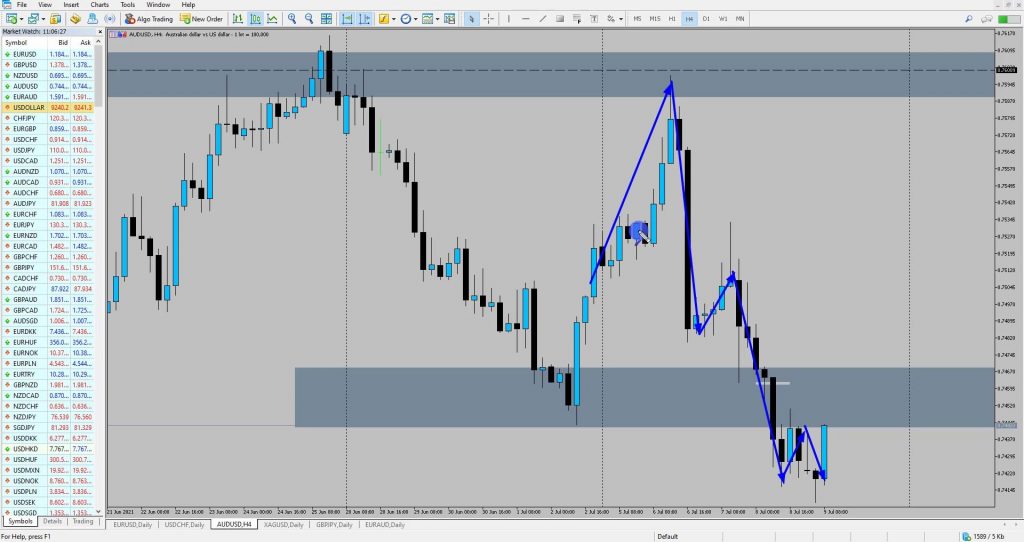 The AUD/USD was also one to watch for a move back to 0.7600 before continuing the downtrend or breaking the highs. The price rallied to that level before we saw a significant rejection and a move back to the lows. If the daily price closes above the lows, we can assume that this was a false breakout, and we could see a reversal next week.

We’ll have to see how today closes because we don’t want to see it close like this. If that’s the case, then it could be a false breakout, which could lead to an inverse head and shoulders and a move back up to 0.76.

We want two closes below the previous low before we look for short opportunities.

Silver (XAG) didn’t play out as we expected. I was expecting a bit more upside to this market, but the US Dollar continued to remain strong.

We technically still have a double bottom breakout; the price is now showing some signs of bullishness. If we were to get a bullish candlestick, that close is similar to the previous bearish close where we closed at the opening price of yesterday’s candle. That could be a bullish signal for long opportunities.

The price of XAG didn’t perform as expected. However, the price remains in a consolidation phase. If the price forms a strong bullish rejection, we can look for long positions next week in line with the seasonal bias.

We know that the seasonal bias for XAG is long, so we need to stay on that potential.

Finally, EUR/AUD ended up banking. We took a long at the candlestick below because the price went back into the structure level.

We had a significant break and a strong bullish close from the level. We had a low-ranging candlestick the next day. That tells us that there was a potential momentum forming, and the trend continued to the upside for now. 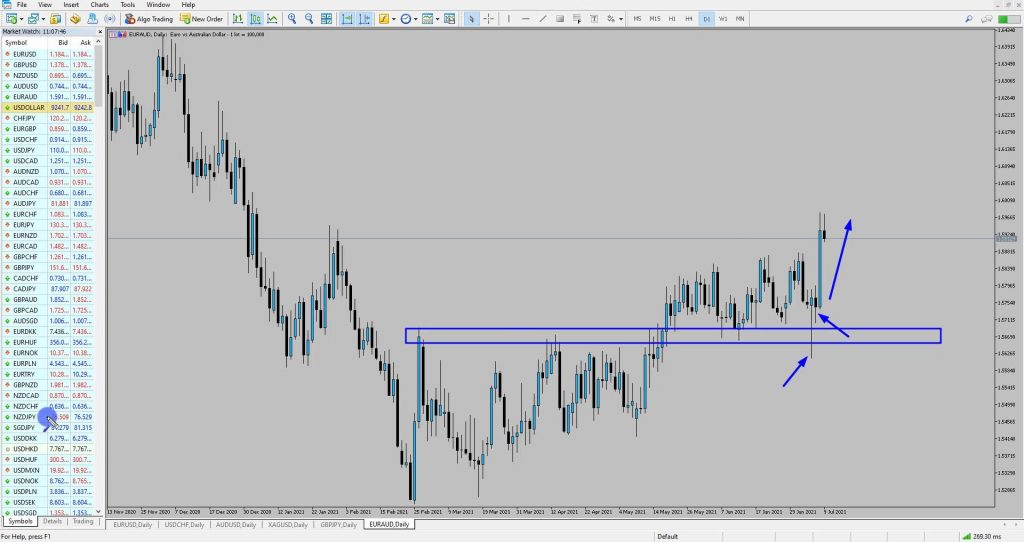 EUR/AUD rejected the weekly support zone, forming a strong bullish close followed by a low ranging candle. This offered us a long opportunity in line with the weekly change in trend. This was a decent move for the end of the week. If the trend continues, we can look for further long opportunities.