For this week’s Forex Market Wrap, we’re going to highlight the charts we discussed in the Market Outlook and see how they performed.

I want to start with EUR/USD. We spoke about the US Dollar weakening, and EUR possibly benefitting from that.

Our target for this week was 1.1917, which was retested yesterday. Now, it is acting as resistance. 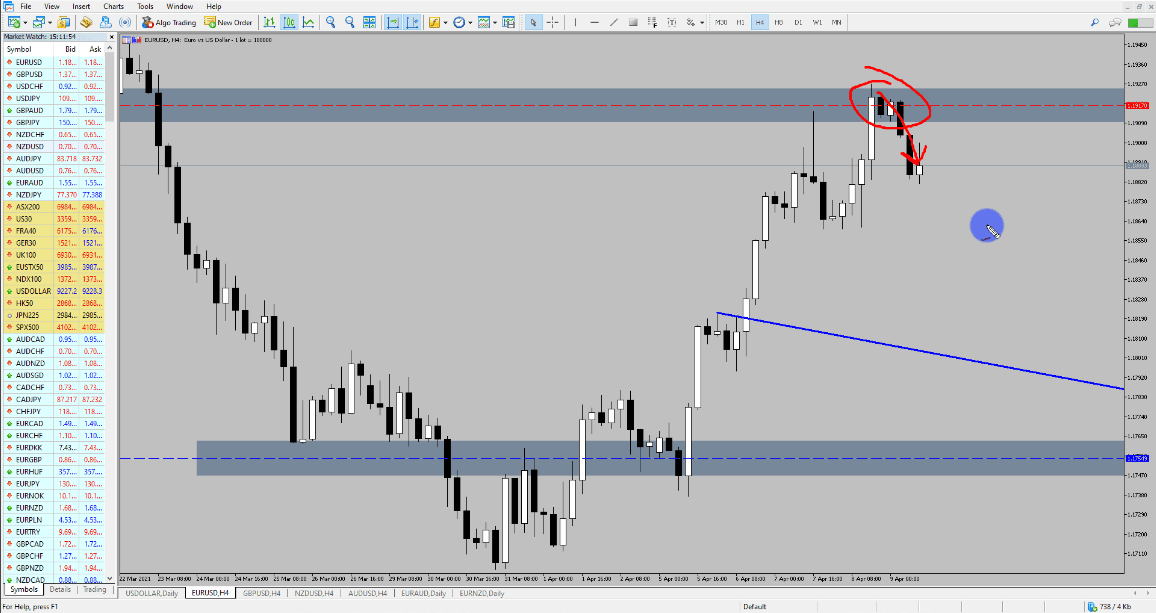 Starting off with EUR/USD, we said that the USD weakness could create an uptrend on the four-hour timeframe back up to the daily resistance and high volume level of 1.1917.

In the Forex Market Outlook, we expected to see a retracement back to the previous highs. However, the market continued to rally and was more suited to breakout trades.

The target of 1.1917 was filled this week. Now, we need to wait and see how the market reacts to this level. If the four-hour starts to create lower lows and lower highs, then the daily trend is likely to continue.

In the Forex Market Outlook, we were looking at 1.1917 and identified that the market has already started to make higher highs and higher lows there.

Unfortunately, we didn’t get the move down into the previous structure. Instead, we had a shallow retracement before a breakout opportunity.

If you were trading the breakout rather than the retracement move, you would have gotten in at 1.1917. That would have been a good risk-reward trade now that 1917 has been hit.

With the seasonal period of the USD being a weak currency, we could see a breakout higher and the price to come back towards the 121 level. But, we need to see how the price reacts down at the 1.1917 area first.

If the market does change cycle in a four-hour timeframe and starts making lower lows, then we’re going to come back down towards high volume levels at 1.1750.

Moving on to GB Pound. It didn’t quite go to plan apart from the selling pressure coming in from the supply zone we highlighted in the Market Outlook video.

Since the price aggressively moved down and closed it below the 23.6 Fib, there was no longer an opportunity to go long at this point. As soon as you see the candlestick closing below that 23.6 Fib, it suggests that the market will change the trend. 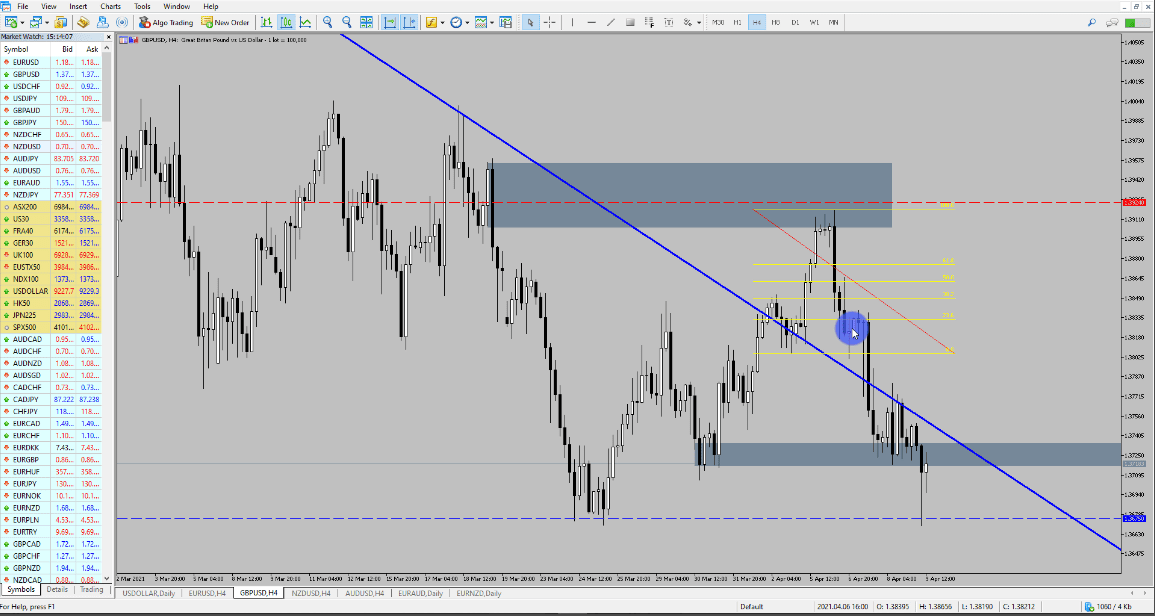 GBP/USD didn’t go quite to plan as the Sterling sold off against the majority of currencies and weakened. This was confirmed when the price fell aggressively from the supply zone we highlighted in the Forex Market Outlook.

This trend was likely to change when the price closed below the 23.6 Fib level on the four-hour time frame. This leads to a change in trend, which we occurred here with the price falling to the recent swing lows.

The market continued to make lower lows and lower highs and retested a very high volume level at 1.3675.

Despite the US Dollar weakness, the GB Pound has also been very weak, which gave us a sign that we could see further GB Pound weakness to come.

Other cross pairs with the GB Pound like EUR/GBP has done pretty well this week.

In the weekly timeframe, it had a strong bullish move down from the 0.499 level, which is a high volume level.

The market rallied significantly from that point. That tells us that the GB Pound is very weak and seems like it will continue to do so. EUR/GBP has been a currency pair to watch for weeks now, as the price approached a long term high volume level at 0.8499. We outlined this level due to the double bottom pattern that was formed in the weekly timeframe.
This reversal looks set to continue as the GBP weakens.

We spoke about the potential of NZD/USD to head back towards the 0.7168 level. 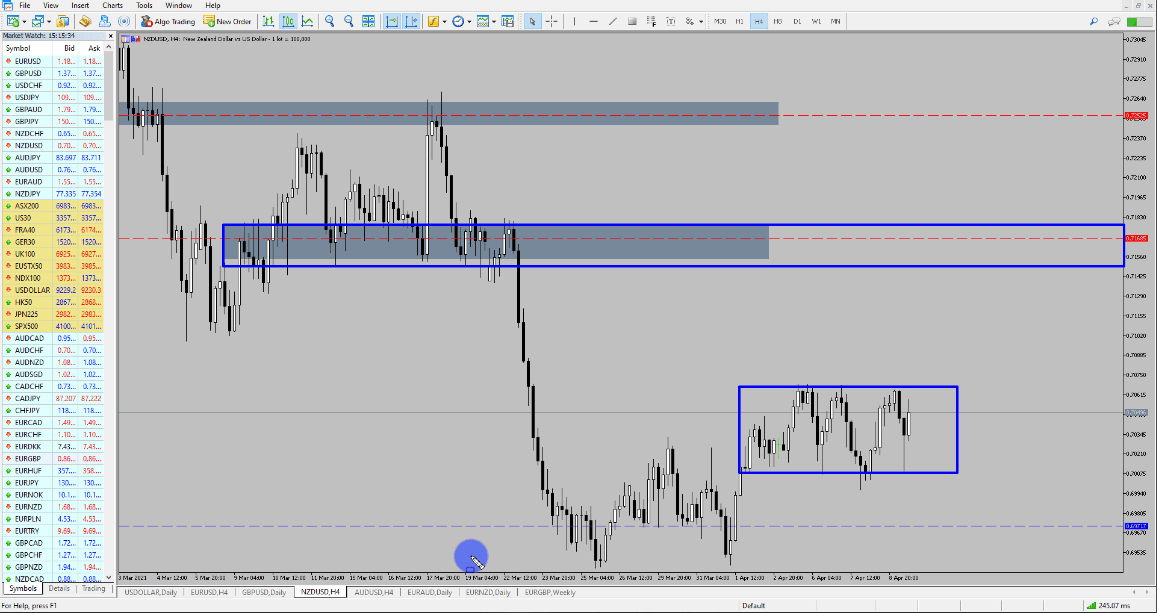 The NZD/USD failed to move higher towards the major resistance level. Instead, the currency pair ranged in line with the two currencies both being weak.

Now, because both Kiwi and the US Dollar are weak, we ended up having a range-bound week. That’s typical to see from two weak currencies, and it’s not the trade that we wanted to see.

Ideally, we wanted to see a pullback so we could look for shorting opportunities.

With the US Dollar weakness, we could have seen that happen. However, the two currencies remained weak, so we only saw a consolidation form.

The key movers of the week were the EUR and GB Pound. GB Pound is very weak, and EUR is strong. We could see that continue for the coming weeks.

Start trading with Blueberry Markets for as low as $100 when you open a live account. We offer very low spreads and lightning-fast trade executions, so you can always take advantage of winning opportunities.